GET IT NOW
Sign in as Partner to Review and Edit

What does this plugin do?

This plugin imports data from external XML, JSON, CSV, Excel data sources (for example from an ERP system), stores them to an intermediate raw data table, and then creates / updates data objects, assets and documents with this data.

In the Pimcore backend GUI you can define which data is to be extracted from the import source and assign it to the object fields of your Pimcore objects. All Pimcore data types are supported for import. Also the import of assets and documents is possible (including editing metadata, tags etc.).

During the import, data can be modified and adapted to your data model. This plug-in provides extensive functionality and a convenient user interface and is a battle-tested solution for importing structured data into Pimcore objects, assets and documents. It reduces the effort of programming individual interfaces and reduces the time to commissioning your Pimcore project. 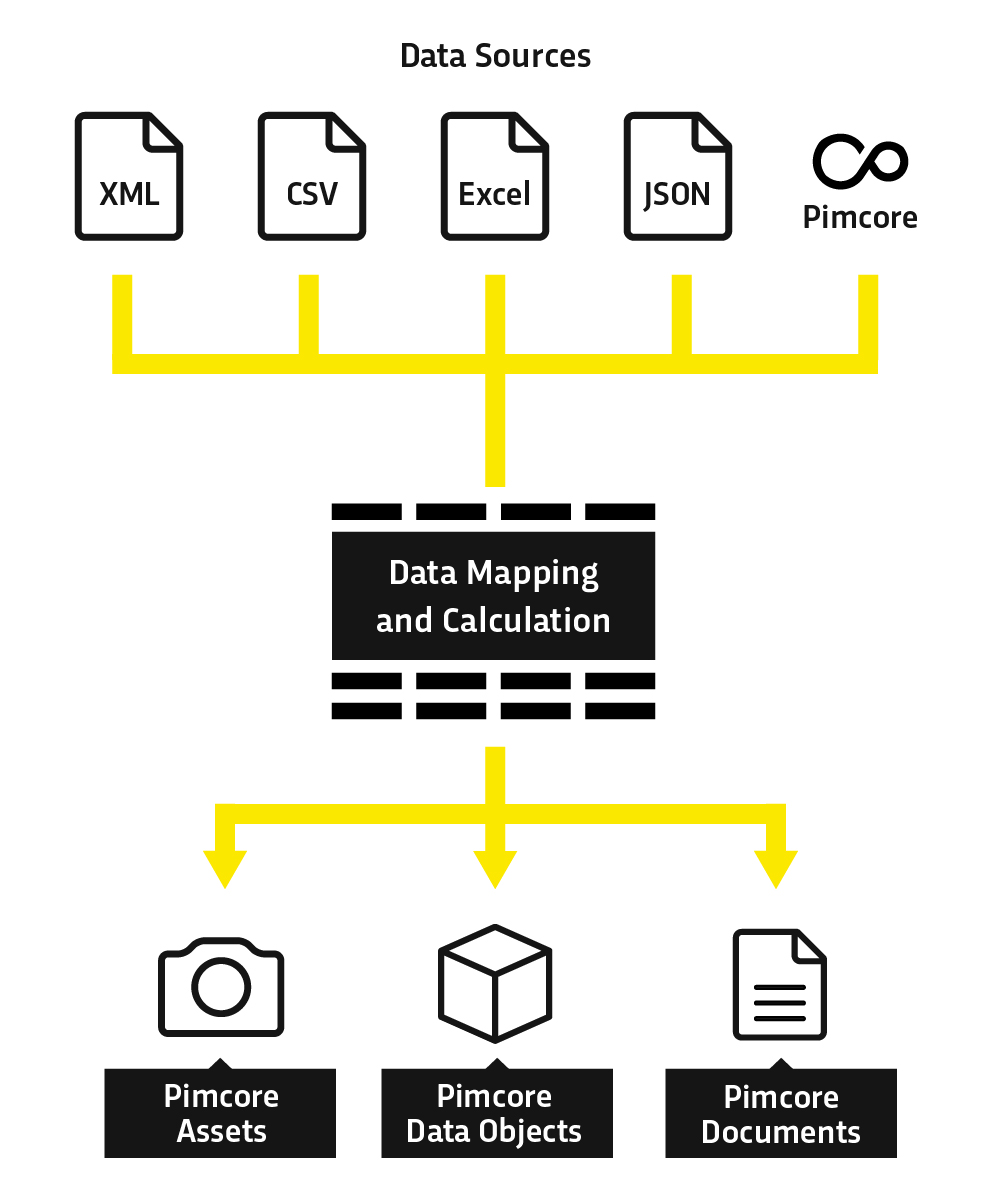 It is also possible to export data of the fields you want - including data from relations, images / thumbnails etc. With the intelligent caching system exports are really fast as export data gets updated in the moment when an object gets saved (in the background, so saving does not take any longer) and not when the export is requested. For exports we already provide lots of ready-to-be-used templates:

This way you can on the one hand create / edit objects, assets and documents in your Pimcore. On the other hand you can use this bundle to create fully customizable REST API endpoints with configuration only (everything is configured in Pimcore backend).

It is also possible to not only generate those export documents but you can also specify what to do with the export document: the bundle already ships with the following ready-to-be-used result action templates:

With the automatic mapping functionalities and the provided templates setting up imports and exports is a matter of minutes - in most cases without any programming necessary. But of course if you want to adjust import or export data, you can by using callback functions.

For an overview how to set up imports and exports, please see our tutorial videos.

Advantages compared to own import implementation

Data Director is ONE bundle for:

Initial effort is only necessary once, compared to when you have multiple bundles for all the different requirements which the Data Director is able to fulfill.

How to get the plugin

You can buy this plugin in the Blackbit Shop or write an email to info@blackbit.de.

This plugin has proven itself in many e-commerce and master data management projects and has been developed according to the needs of our customers.

The aim of the plug-in is to import information from upstream systems into the objects of Pimcore, there appropriately enrich them with further information and publish them via Pimcore itself or via a downstream system such as an online shop.

The import always takes place in two steps: In the first step, an intuitive user interface determines which columns of a CSV file or which attributes of an XML / JSON document should be imported into Pimcore.

A preview shows directly if the raw data fields are set up correctly. The import reads the data into an "intermediate table" so the user can see which data was imported from the upstream system before it is further processed in the next step. 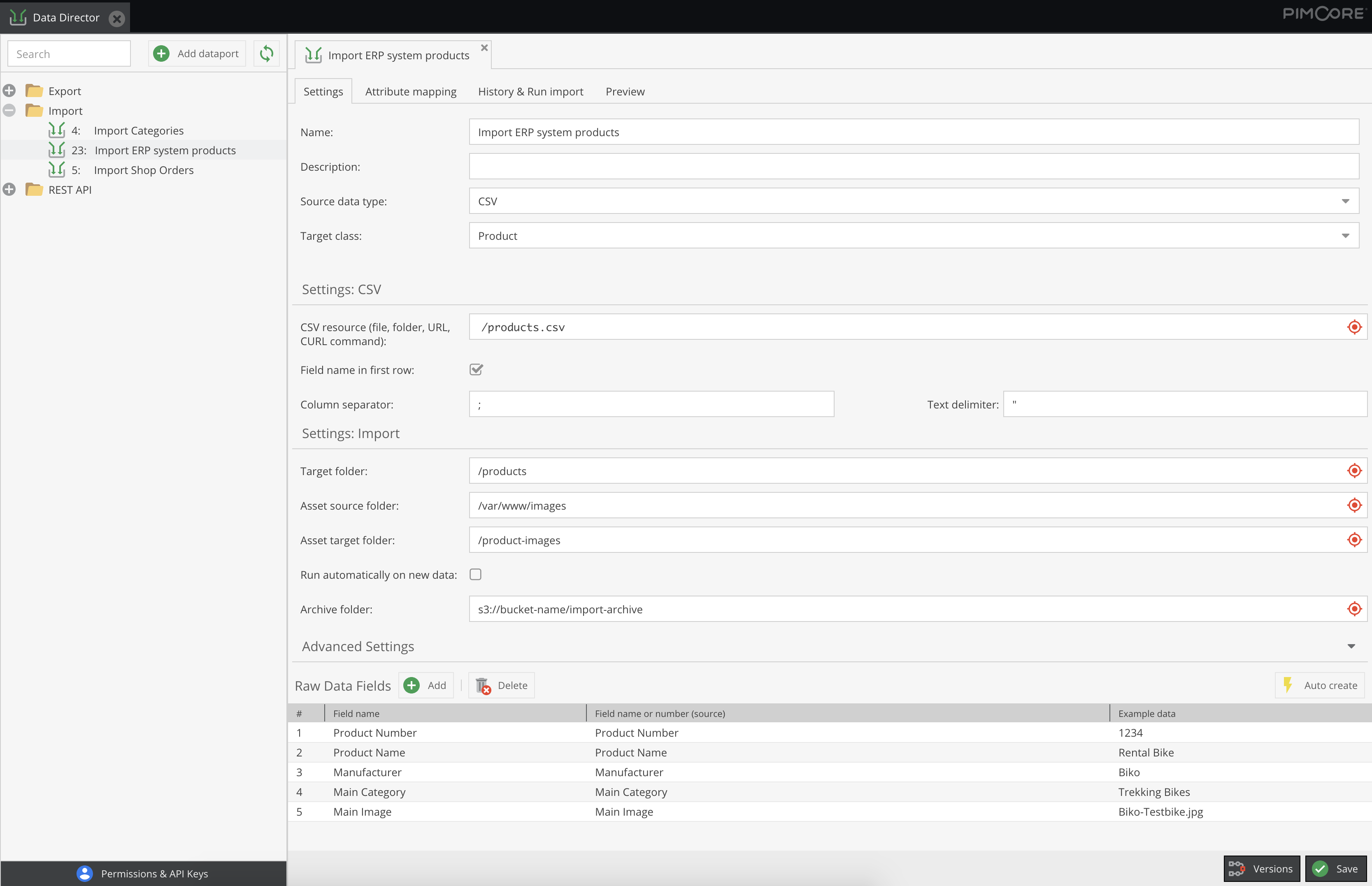 In the second step, the information from the intermediate table is assigned to the attributes of the classes. Thise mappings get individually defined in the Pimcore backend UI via drag-and-drop.

There one or more key attributes get set so that the import process can be repeated and existing objects get updated.

The attribute mapping can also be used to modify the source data. For each field assignment, a callback function can be specified, which, for example, performs date format operations or other calculations on the basis of one or multiple imported or existing attributes of the current object. 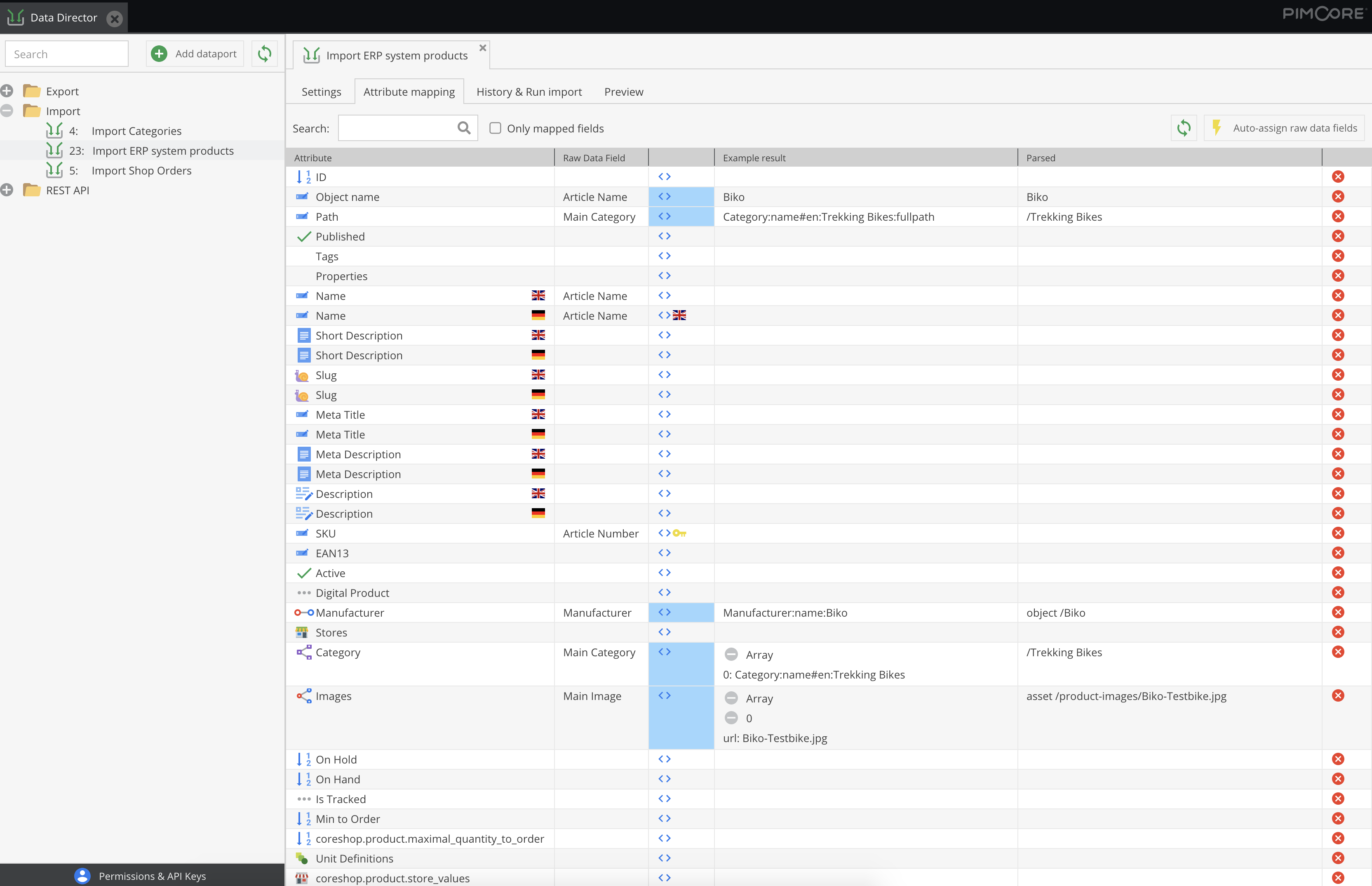 Further highlights at a glance

To learn more about all options and how they can be configured, please read the full documentation or watch the tutorial videos.

GET IT NOW
Marketplace Info