Thanks to our partners, developers, and the Pimcore community we have released Pimcore 6.8. Find out more about a editable dialog box, support for twig, cache performance improvements, and much more!

Areablocks now have an all-new configuration feature that will replace the legacy "edit.php" and provide much more flexibility to provide additional configuration options to area blocks. The editable dialog is a configurable editing interface where you can use all supported editables in a structured layout in the current brick context. Learn more

Support for Twig in Emails and Web2Print Documents

Support for Twig in Emails and Web2Print Documents for placeholders and other stuff. Will replace the old placeholder implementation with Pimcore 7. Learn more

Some technical stuff, but will result in significant performance improvements and also resolved a couple of problems when having very complex data object structures. Learn more

Again some technical stuff, but still worth mentioning. Learn more

From now on you can sort the children in Pimcore backend trees in as- and descending order.

Quite a long list of deprecations was added to functionalities that are going to be removed in the next major version, eg.:

Learn about the most important changes and improvements of Pimcore 6.8 in the Pimcore Academy and find all the changes on GitHub. Want to know how Pimcore revolutionizes the Enterprise open source?

Want to become part of our community?

If you want to follow along or help out, check out our blog on a regular basis. Or follow the development in real-time on GitHub. Or become Pimcore Partner and receive newsletters, invitations to webinars and more

Christian Kemptner
122 articles by this author 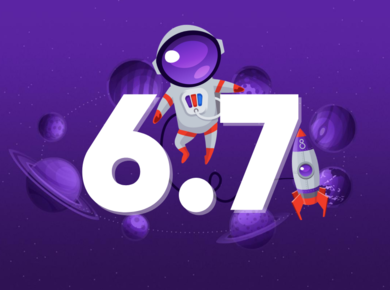 Pimcore 6.7 - The Best New Features & Improvements
Thanks to our partners, developers, and Pimcore enthusiasts community, we have released Pimcore 6.7. Once again, your dedication to this project enabled us to take the greatest...
Release

The Best New Features in Pimcore 6.6
With the help of our partners, developers, and Pimcore enthusiasts community, we have released a new Pimcore version. More than 100 improvements, features, and bug fixes are...
Release

Pimcore 6 - The new features
Since the release of Pimcore 6.0, hundreds of useful new features have been added to Pimcore. Our community of partners, developers, and customers have contributed so much, we...
Product News, Release