Just a few weeks ago, on 21-22 January, the cross-country skiing world cup was held in Ulricehamn, Sweden – the hometown of our silver partner, IPM Ulricehamn. The event turned out to be a total success, and Pimcore is proud to have had the website built on our CMS with the help of IPM. Having announced the event a few weeks ago, we would like to now showcase a full event recap. Michael Claesson, a web developer at IPM Ulricehamn, is this week’s guest blogger who is happy to share a detailed event recap.

In short, World Cup Ulricehamn, was a very successful event with mainly three days being the focus. On Friday, there was a relay race for the local companies to take part in. Up to 60 teams with IPM of course being one of them. This was a chance for cross country skiers to try out parts of the track that the athletes would use throughout the weekend. There were quite a lot of persons attending even this event, cheering on their coworkers.

On Saturday, the conditions were perfect. It had been a couple of degrees minus during the night so the track could be prepared properly and the sun was shining. People were streaming into the event and the arena and the surrounding woods were crowded with people. Several of the main sponsors had set up tents in the event area treating their customers to food and facial paint with the Swedish colors. You could tell the level of excitement was high amongst everyone. After the races the athletes told the press that they got lots of cheer even going around their warm up laps. Everyone there was excited to see their cross-country heroes represent the Swedish colors - especially our local talent Hanna Falk.

On Sunday, the weather turned foggy but still the arena was crowded with people cheering the skiers on. The day before, news had reached the Swedish court that the world cup event in small Ulricehamn had been a huge success with podium finishes for Sweden in both races. The king of Sweden, being a huge sports fan, decided he had to come and see for himself and thus the event got a royal visit. Everyone, especially the king, was hoping for a first-place finish for Sweden.

The female athletes started the Sunday relay races and a battle between the Nordic countries Sweden, Norway and Finland developed. After the second leg the Norwegian runner had managed to get a gap and eventually this led to the race victory for Norway. The drama instead took place for second, third and fourth place. Sweden, USA and Germany were fighting against each other and on the last leg the local talent Hanna Falk was running for Sweden and on the final stretch they were all three together, Hanna being in the lead. Crowds were wild, but eventually the German skier got the upper hand and came second with a tiny margin with Hanna Falk just behind on third place.

Coming up to the last race for the weekend there were again hopes for a Swedish podium finish but there were several other strong teams as well. Canada for instance having the individual winner Alex Harvey in their lineup. Despite all teams having strong individual runners none of them managed to develop a gap and after almost all the 30km done, they were pretty much all together. Norway, Sweden, Canada, Switzerland, Italy and Finland. Coming up to the final stretch Calle Halfvarsson of Sweden was in the lead and I would assume 99% of the persons in the crowd were hoping for a win and a perfect ending to the weekend. But the finish was too tough for Calle and Norway took another win in the relay races, with Sweden coming in second and Canada third.

Summing up the weekend, it was hard to believe that this happened in our little town. I think all of us thought this. From an organizing standpoint, the event had also been a huge success with everything going according to plan, even though roughly 60,000 fans came to see the competitions. This was a number 20,000 higher than was originally aimed at. We owe a lot of the event’s success to Pimcore as their amazing CMS system allowed for the efficiency of the event’s main website. On this website, all the event information could be found easily and users could also buy tickets for individual events here. With this system in place, there would have been less website traffic and thus less attendees.  To learn more about this Pimcore project please take a look at the more detailed case study.

Ulricehamn also got a lot of publicity around the world and the athletes were not hard pressed to praise the event, some of them even saying they could race here every weekend and that it almost felt like a championship.

Now we are looking forward to 2019 and another World Cup Ulricehamn :-)

Britany DiCicco
42 articles by this author 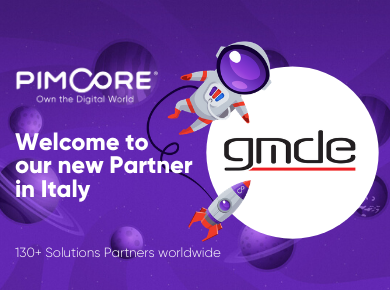 A Warm Welcome To ‘GMDE’: Our New Partner in Italy!
We are excited to announce the newest addition to our list of strategic partners— GMDE, from Italy. An established system integrator (SI) and solutions provider for the daily,...
Community 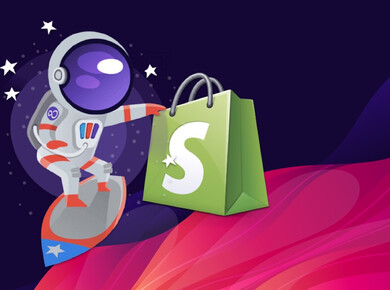 Digital commerce with Shopify and Pimcore - The Sintra Omnichannel HUB
How can you scale your digital commerce to the next level? Multilingual, Multistore, Multi-currency, Multi-everything. If you want your commerce not just to survive, but to live...
Community 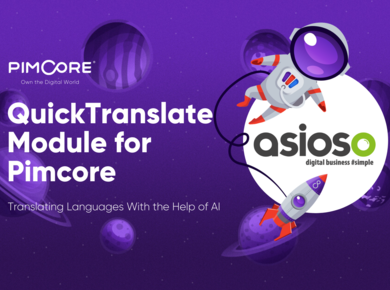 Asioso QuickTranslate Module for Pimcore - Translating Languages With the Help of AI
With the help of DeepL, Asioso developed a free module for Pimcore to make the work of its customers more efficient.
Community 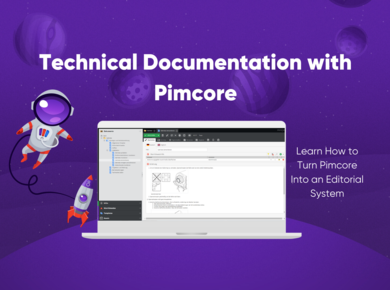 Technical Documentation: How to Turn Pimcore Into an Editorial System
Instruction manuals in mechanical and systems engineering, software documentation or service manuals in the automotive industry: When it comes to technical documentation, we...
Community